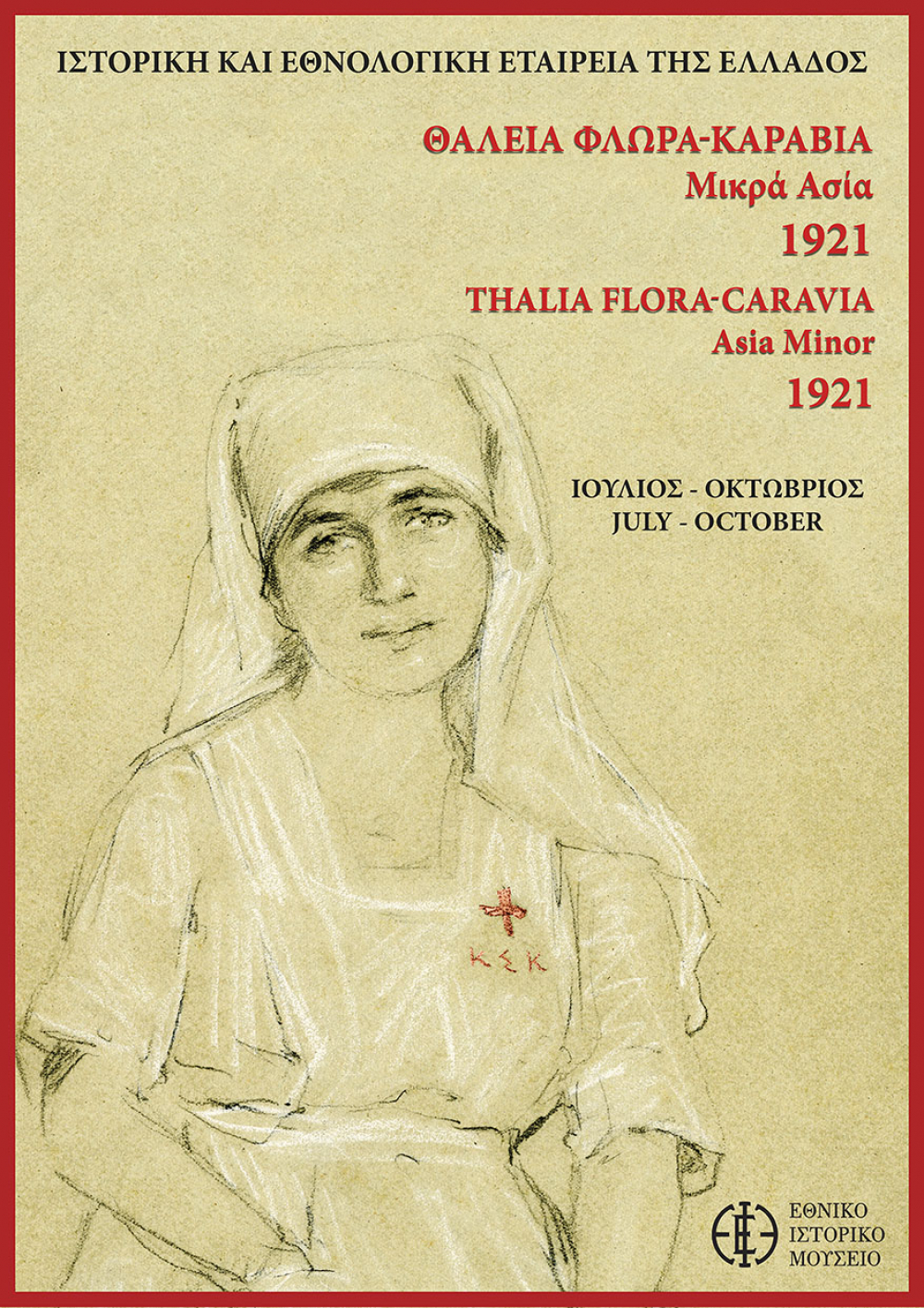 Διάρκεια Έκθεσης
July 15 - October 15 2022
Ώρες Λειτουργίας
Tuesday-Sunday: 10:00 - 16:00
Τοποθεσία
Central Hall of the Assembly
The exhibition presents the works of Thalia Flora-Caravia which were drawned at the war front of Asia Minor (July-October 1921).

The painter Thalia Flora-Karavia (1871-1960) was the first female Greek war correspondent in the Balkan Wars 1912-13 and in the Asia Minor Campaign 1919-1922. Armed with idealism she sketches and sends inspiring reports to the Greek newspaper of Alexandria, "Ephemeris" (July-October 1921). The NHM owns an important part of her work which is dedicated to the health struggle to save lives not only of soldiers but also of the entire population in the area under the Greek administration. In Smyrna, Moudania and Bursa, in hospitals, ships and hospital ships, Flora captures military doctors and nurses together with volunteers: noble figures of people, altruistically devoted to every sufferer. The exhibition is part of the NHM’s anniversary program for the centenary of Asia Minor destruction.