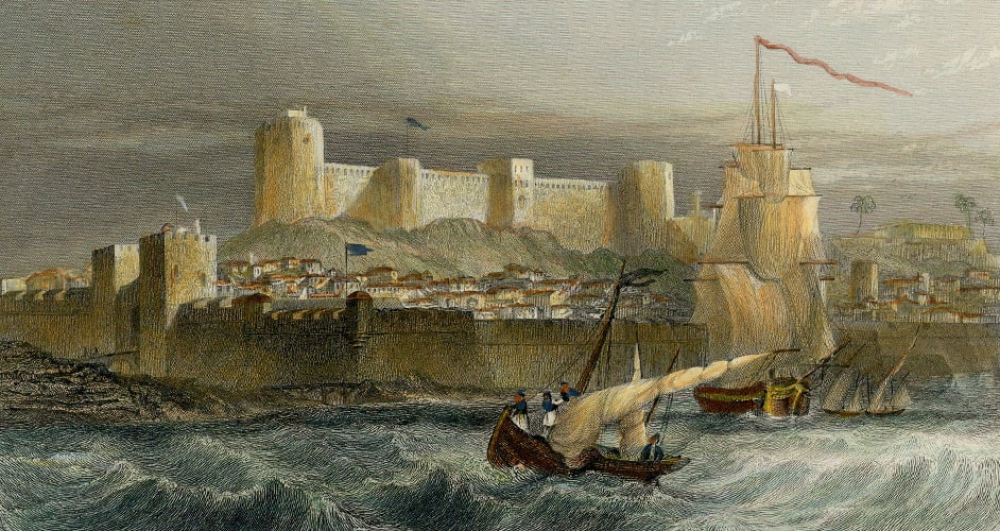 The Collection includes creations of academic painters which were executed in the technique of copper-plate engraving, lithography and more rarely woodcut and zinc etching.

It numbers about 9,000 works of the European and Greek print-maker’s art from the sixteenth into the twentieth century.

Inseparably bound with the Library, the Collection is divided into paper icons, maps and portolans, landscapes – genre scenes, historical compositions and, last, portraits.

Thematically it focuses on Greek lands and is an important archival unit of historical and artistic information, mainly from the period of Frankish rule and Ottoman rule to the founding of the Greek State. Included among these are in folio prints and monumental albums prepared by European travellers and artists.

Among the earliest items to enter the Collection are the feuille detachée copper-plate engraving with the image of Alexander the Great and the Map of Greece, which like the General Map of Moldavia were engraved by Franz Müller and printed in 1797 in Vienna by Rigas Velestinlis for the sake of the Hellenes and Philhellenes, aiming at stirring the national consciousness of the subject Greeks.