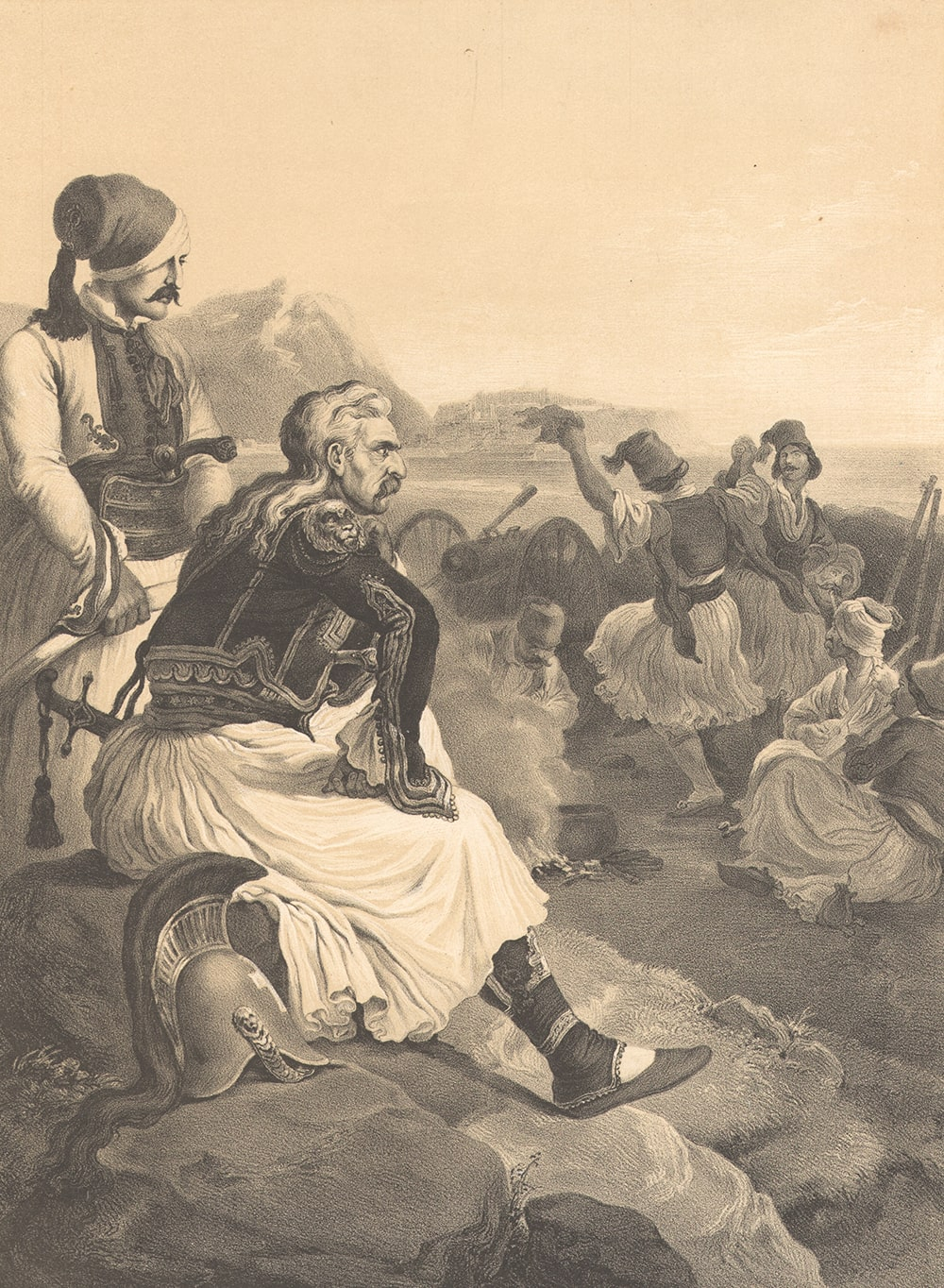 Duration
May 2021- July 2022
Place
National Gallery -Alexandros Soutsos Museum-Nafplion Annex
The National Historical Museum travels to the first capital of the Greek State highlighting aspects of the Greek Revolution of 1821 focusing on the events of the Peloponnese.

The themes of the exhibition follow the historical narrative of the central anniversary exhibition of the National Historical Museum. The objects from the collections of the National Historical Museum and the rich archival material, conversing with the paintings of the permanent exhibition of the ational Gallery -Alexandros Soutsos Museum-Nafplion Annex, illuminate persons and events from the pre-revolutionary period until the arrival of King Otto.

The exhibition begins with the political, social and ideological context of the time, the situation inside the Ottoman Empire and the preparation of the Greek Revolution. This section also includes the interactive exhibit of the Charta of Greece by Rigas Velestinlis, which highlights the mental preparation of the enslaved Greeks, through the movement of the Modern Greek Enlightenment and its representatives, and answers the question of how a map can become a powerful revolutionary mean for the liberation of a nation. The Oath of the Society of Friends (Filiki Eteria) conveys, through emblematic works of art exhibited, the atmosphere, the pulse and the devotion of those who were dedicated to the preparation of the Revolution.

The beginning of the Revolution follows in Moldavia and Wallachia and in Greece, while the peculiarities of the various regions, where the Revolution prevailed, are presented in relation to their geographical characteristics and economic development. Particular reference is made to the spread of the Struggle in all regions of the Peloponnese and especially the events of Nafplio.

One of the rooms is dedicated to the protagonists of the Revolution, aiming to highlight the different worlds that each one represents and the reasons that united them in a common goal. Among them, the honored person is Theodoros Kolokotronis, whose course was particularly connected with the city of Nafplio.

In a specially designed area downstairs, the contribution of the Press to the strengthening and dissemination of the ideas and events of the Revolution is presented. An interactive exhibit allows the visitor to browse the newspapers of the Revolution “Hellenic Chronicles” (Ellinika Chronika), “Friend of the Law” (Filos tou Nomou), as well as the foreign press of the time.

Τhe contribution of the Philhellenic Movement in the reinforcement of the Struggle, as well as the diplomatic policy of the Great Powers for the resolution of the Greek issue unfolds on the building’s second floor. Specifically, the transition from international condemnation to the recognition of the Revolution and to the naval battle of Navarino is presented, which announces the end of the Struggle.

Then, the efforts made to create political institutions of the Greek revolutionaries are presented. Reference is also made to the government of Kapodistrias, to developments in the border issue and to the offering of the Greek throne to Otto of Bavaria. This is followed by the everyday life of the fighters and the civilian population, the break from the battle, as well as the life of the women and children, who, while continuing their family activities, were also distinguished on the battlefield.

In the last room, the war on land and at sea on the one hand, the establishment of the Greek state on the other hand, as well as the fate of the fighters and the effort to form a national identity are presented through emblematic painting compositions of the post-revolutionary period.

In the framework of

with the support of