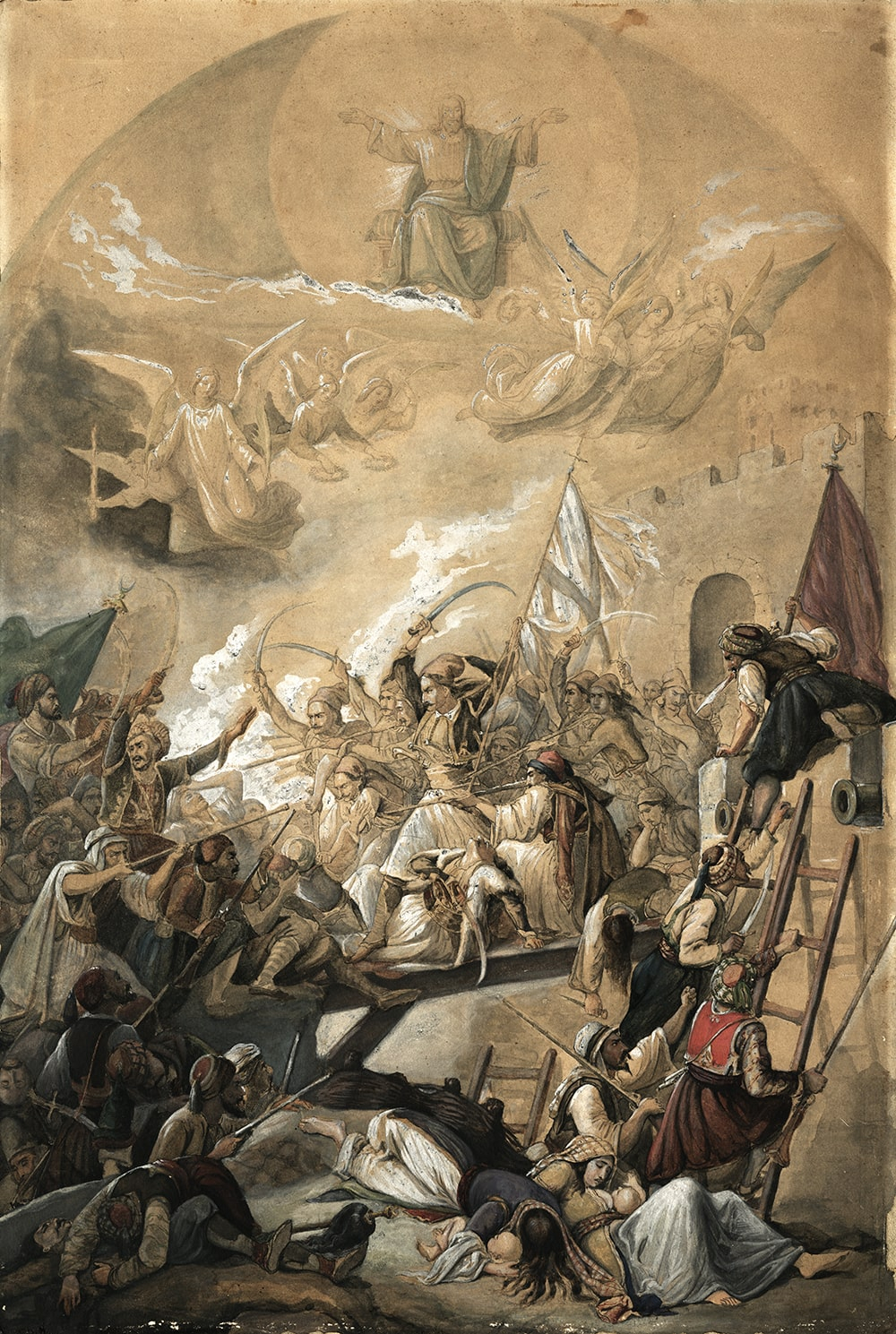 The National Historical Museum, in collaboration with the Mesolongi Byron Society and in the framework of the anniversary program “ΕΠΑΝΑCYΣΤΑΣΗ ’21” (Revolution ’21 Reframed), for the 200 years since the beginning of the Greek Revolution, presents a flashback to the events of ’21, emphasizing those that took place in Western Central Greece. The opening of the exhibition will take place on Sunday, June 27, 2021 at 11.30.

Following the main axes of the anniversary exhibition in Athens, dozens of objects from the collections of the National Historical Museum and documents from the Archive of Historical Documents of the Historical and Ethnological Society of Greece (HESG) illuminate persons and events of the period, from the outbreak of the Revolution to the liberation and the first years of modern Greek state.

In more detail, the exhibition begins its narrative course from the conditions that shaped and prepared the outbreak of the Revolution. The interactive exhibit of the Charter (Charta) of Greece by Rigas Velestinlis provides information about this unique map and its creator, about the movement of the Modern Greek Enlightenment and its representatives, about the Greek Diaspora and the spread of the ideas of the Enlightenment and Liberalism.

Then, special mention is made of the revolutionary movements of Europe and mainly of the establishment of secret companies, such as the Society of Friends (‘Filiki Eteria’), which undertook the task of preparing the Greek War of Independence.

The outbreak of the Revolution in the Danubian Principalities and the Peloponnese and the beginning of the Struggle in Aetolia-Acarnania follow. Topics such as the methods of war, war on land and at sea, sieges, daily life, politics and diplomacy are presented in this section. Special mention is made of the heroic Exodus of the defenders of Mesolongi and the impact it caused on Greeks and Philhellenes abroad.

The philhellenic movement and its main representative, Lord Byron, are developed in a separate room, which presents topics related to the philhellenic ‘komitata’ (armed bands), the press (through a special interactive exhibit) and Lord Byron, through the following: poet-revolutionary-myth.

The last room presents exhibits on the restoration of the fighters, the first historiographical attempts to record the events of the Revolution, but also the efforts to form a national identity and build a collective memory through celebrations, anniversaries, monuments (Garden of Heroes) and memorial ceremonies (celebrations of Exodus).

Finally, the work of the Historical and Ethnological Society of Greece (HESG) and consequently of the National Historical Museum and their contribution to the preservation of the memory and the anniversary celebrations of the Greek Revolution are briefly presented.