Did you know that Despina Kanari... 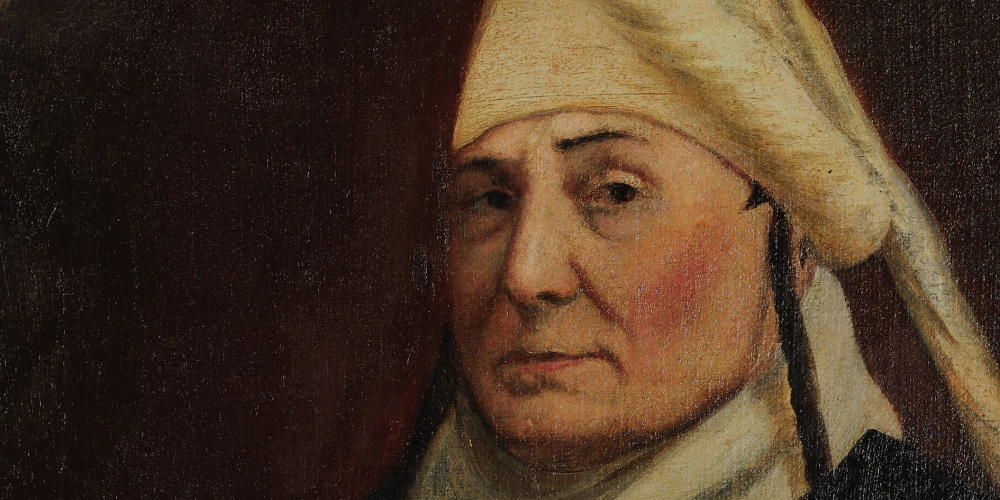 Portrait of Despina Kanari NHM, Collection of Paintings
... was rescued from the Destruction of Psara by swimming with her children?

Despina, daughter of Andreas Maniatis, shipowner of Psara, married Konstantinos Kanaris in 1817. They had seven children. According to the newspaper “Paligenesia” (October 2, 1881), during the destruction of Psara, although she was pregnant, she did not hesitate to fall into the sea with her two children to be saved. She swam, giving courage to the little ones, until they boarded on a boat.
Later, like many refugees from Psara, she settled with her family in Aegina. In 1827, the British Admiral Cochrane arrived there. In his work Wanderings in Greece he wrote about Despina Kanari the following:

"I conversed with the wife of Canaris through the medium of the Captain; and I found her as agreeable in conversation as she was pleasing in appearance. The Ipsariote women are more like the ancient Greeks (that is to say, like thw idea we have of them) than any other women in Greece. The dark-blue eye, and the long dark eye-lash, is the characteristic of the Ipsariote women; and the wife of Canaris had these in an eminent degree, with a complexion like alabaster. Her head-dress was in the peculiar fashionof her countrywomen, which is quite different from those of the Hydriotes. Round her head was folded two long pieces of white gauze, which went streaming behind, after the manner of an English bride."

Despina Kanari wore the costume of her homeland, Psara, until the end of her life, in October 1881.