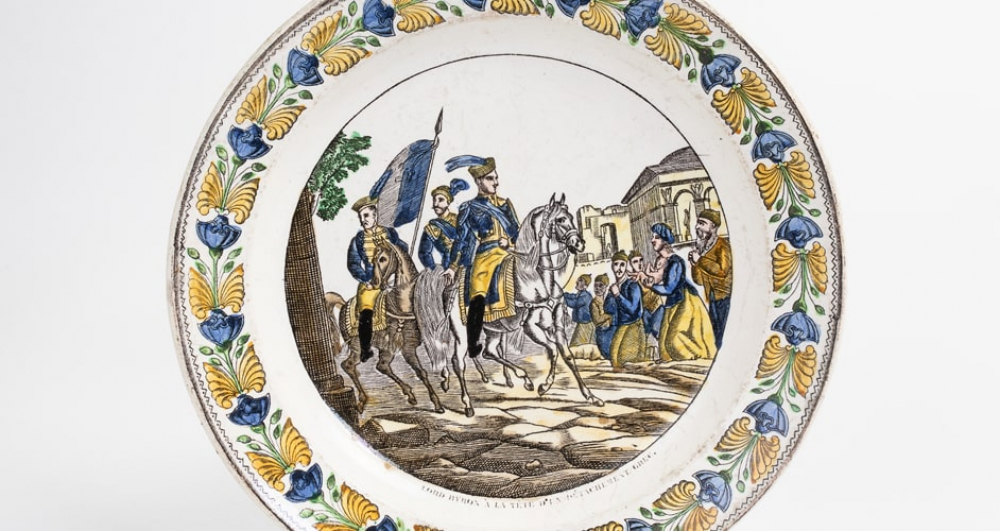 The Collection has resulted from gifts of private citizens and select purchases. Today it numbers about 700 items made from clay, porcelain and glass.

It began to be formed in the 1880s, with first acquisition a gift from Alexandros Meletopoulos of an old Christian clay myrrh flask of the so-called eulogies [= ampullae].

The artifacts in the Collection are classed in four thematic units on the basis of their provenance, the purpose of their production and their use. These are: commemorative objects created in remembrance of a historical event; folklore objects; folk art objects that were used in everyday life; memorabilia of historical persons. A significant part of the Collection is the group of philhellenic ceramics, which includes utilitarian and decorative pieces of porcelain (plates, teacups, teapots, vases, clocks, figurines, candlesticks, bowls, inkwells, and so on), which were made during the nineteenth century in European countries such as France and England and are ornamented with subjects relating to the Greek War of Independence.

Objects from the Collection are exhibited also in the Historical Residence of Lazaros Kountouriotis on Hydra, annexe of the National Historical Museum.