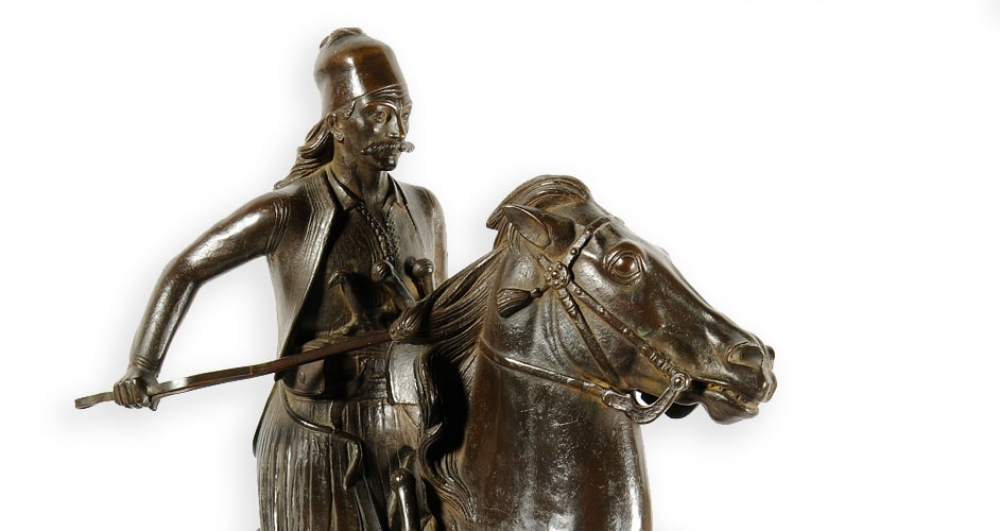 It presently holds some 400 works by Greek and foreign sculptors of the nineteenth and twentieth centuries, with subjects inspired by Modern Greek history.

These are works and models for works, created by important artists, such as: The Greek Girl, the marble funerary statue from the tomb of Markos Botsaris by P.J. David d’Angers, Aphrodite, a marble statue by Georgios Vroutos, a marble statue group of a female figure with cupid and a marble bust of Spyridon Trikoupis, both by Georgios Vitalis, a marble Muse by Leonidas Drosis. Marble busts: of Queen Olga and of Alexandros Hypsilantis, works by Ioannis Kossos, of Queen Amalia and of King Othon, works by the Fytalis brothers, of Ioannis Kapodistrias by S.J. Galberg, of F. North Fifth Count of Guilford by Ioannis Vaptistis Kalosgouros. Of particular interest is the collection of death masks of historical persons, such as Theodoros Kolokotronis, Ioannis Makrygiannis and others.

Also kept in the Collection is the marble commemorative plaque that accompanied the monumental clock “gifted” by Lord Elgin to the city of Athens, in exchange for the Parthenon sculptures. The plaque and the four pairs of metal hands of the clock, which are in the NHM, are dated to 1814.