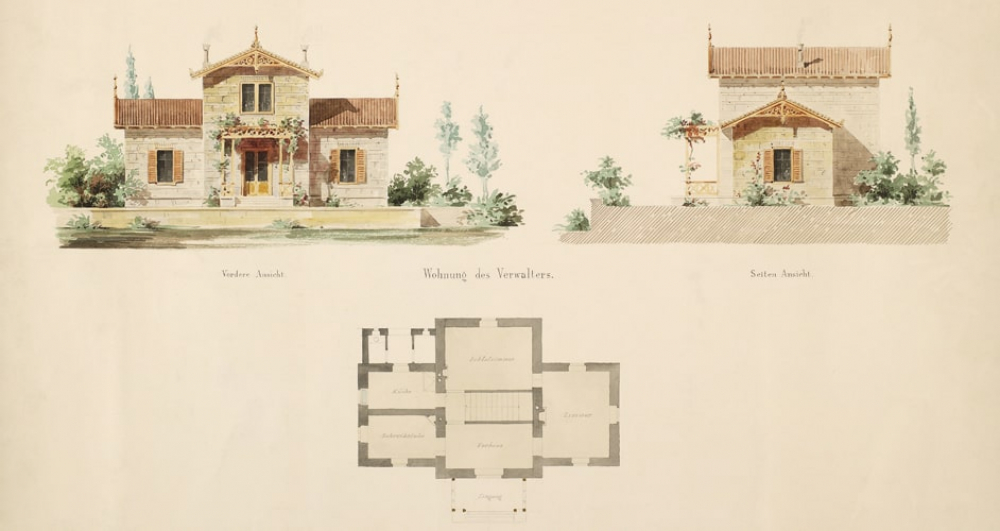 The archive of General Petros Lykoudis with plans of castles-burgs in Greece under King Othon. These are exceptionally important because of their early date (1830-1850) and the information they give on urban-planning, street networks and so on.

Among the 170 drawings originally in the personal collection of King George I are measured drawings and proposals for the royal estates (Tatoi, Corfu and elsewhere), public buildings, the urban plan of Athens drafted by Leo von Klenze (1834) and plans by the same architect for a palace in the Kerameikos neighbourhood, which was never built, the façade of the royal palace (present Greek Parliament building) by Friedrich von Gaertner, with signed approval of King Othon (1836), the old Museum of Ancient Olympia by Friedrich Adler (1883).

The largest unit – about 700 drawings – consists of measured drawings of traditional architecture (Macedonia, Pindos, Pelion, Hydra, and so on), a project undertaken between 1936 and 1940 by a team of young architects (Dimitrios Moretis, Angeliki Paschalidou, Georgios Giannoullelis, Marika Zagorisiou and others) under the supervision of Dimitris Pikionis on behalf of the Greek Folk Art Association (president Natalia Pavlou Mela). This, the first perhaps, attempt to create a public archive of buildings under preservation order in Greece, includes also paintings of buildings in Macedonia and Athens by the painters Nikos Engonopoulos and Giannis Tsarouchis, executed with the aim of promoting the endeavour, as well as hundreds of photographs.