Exhibition of Works of Periklis and Constantinos Byzantios 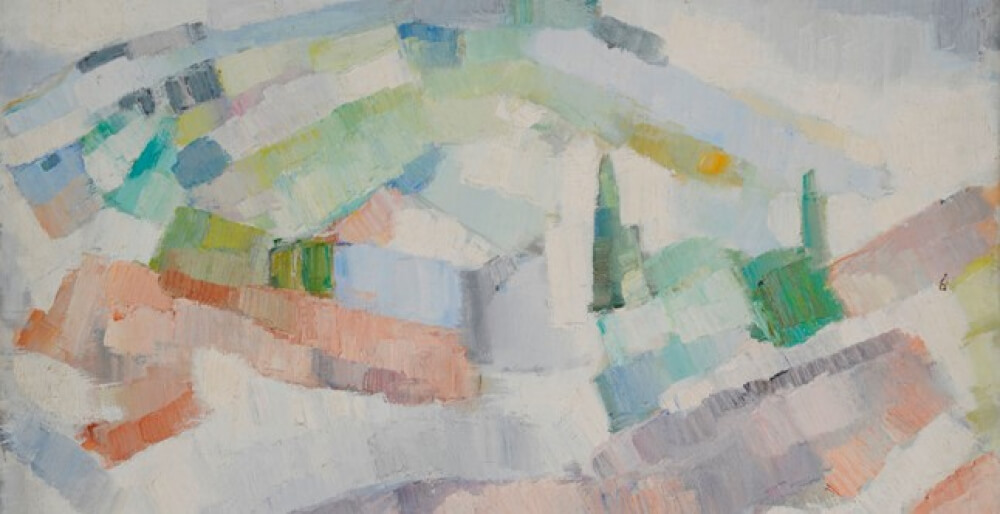 On display in the four rooms in the basement is a collection of paintings by Periklis Byzantios and his son.

On display in the four rooms in the basement is a collection of paintings by Periklis Byzantions and his son, Constantinos. The painting were donated to the Historical and Ethnological Society of Greece by Marilena Liakopoulou, the daughter of Periklis Byzantios, and her son Alexander Liakopoulos.

Periklis Byzantios (Athens, 1893-1972) was the grandson of Christos Byzantios, a fighter in the Greek War of Independence. He studied art in Paris (1910-1915) and after returning to Greece became intensely occupied in many brabches of art. Painter, cartoonist and stage designer, he became an outstandin and singular figure in the cultural and social life of the country. In 1939 he was appointed director of the annexes of the Athens School of Fine Arts at Delphi and on Hydra.

The donors chose to offer works with Hydriote subjects from the period 1951-1971 for the artist's exhibition in the Koundouriotis Mansion.

Constantinos Byzantios, son of Periklis, was born in Athens in 1924 and died in Mallorca (Spain) in 2007. After attending the Athens School of Fine Arts continued his studies in Paris (1946) on a scholarship grented by the French government.