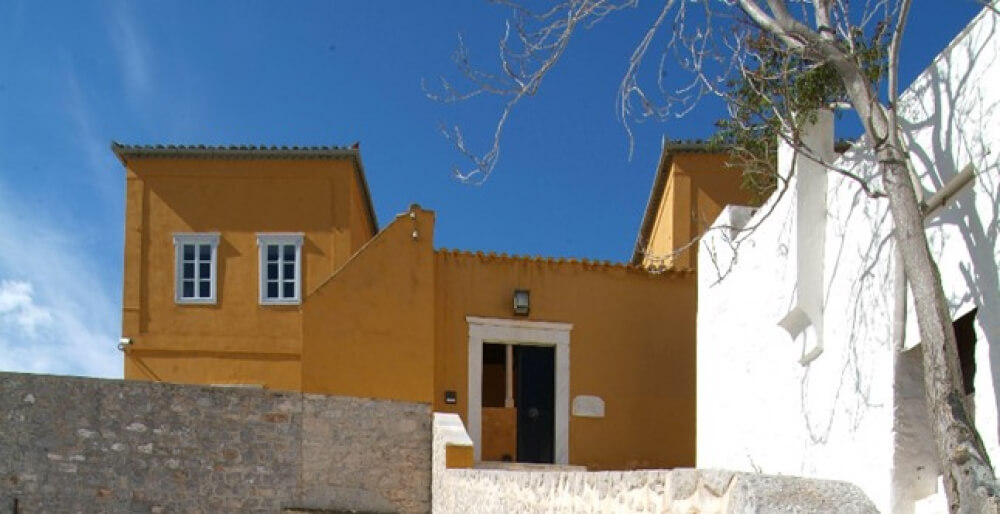 Since 2001, the Historic Residence operates as a museum, annex of the National Historical Museum.

Built in the era of naval prosperity of the island (late 18th century), it stands on the west side of the harbour of Hydra. Lazaros Koundouriotis (1769-1852) was one of the most eminent political figures of Hydra, who offered his ships, crew and fortune to the Greek War of Independence. Significant meetings and consultations took place in this mansion, which offered hospitality to many important figures of the time, Greeks and foreigners.

In 1979 the mansion came into the hands of the Historical and Ethnological Society of Greece after being donated by Pandelis L. Koundouriotis (1900-1978). Since 2001, the Historic Residence operates as a museum, annex of the National Historical Museum. Today's visitor is impressed by the imposing exterior and peculiar interior of a Hydriote mansion.

On the first floor are representative works of Greek traditional folk art from the collections of the National Historical Museum, an art selection mainly from the Greek islands. At the same time, the work of the painter and academic Panayiotis Tetsis, paintings of landscapes of Hydra, demonstrate the special relationship of the artist with his homeland.

In the basement, in the old cellars of the house, there is a Gallery displaying works of two renowned painters, in Greece and abroad, Periklis Vyzantios (1893-1972) and his son Konstantinos (Dikos) Vyzantios (1924-2007), who are closely connected to Hydra and the Koundouriotis family.