The Hour of Freedom. Watches of the Fighters of the Greek War of Independence 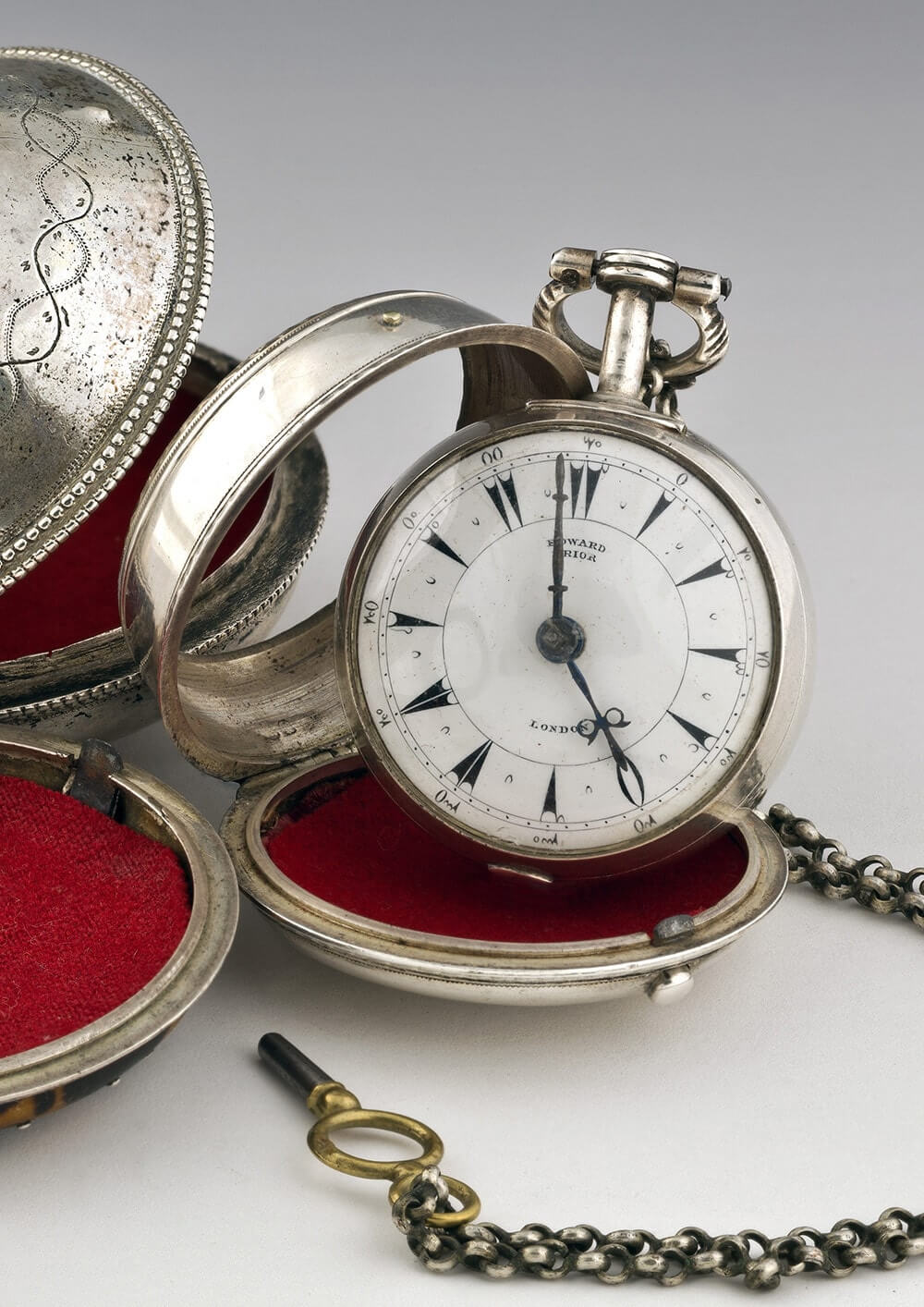 Watches are personal items which, literally and metaphorically, travel us through time. These watches counted minute by minute the daily fears and dangers which their owners, fighters in the Greek War of Independence (1821-1830), went through.

These charming small precious objects, enclosed time within the hands of the fighters as an ally. They are presented together with portraits and documents of their owners, providing us with elements for tracing their personalities and actions.

The pocket watches belonging to the NHM Collection are products of English, French and Swiss watch making (mid 18th  - early 19th c). Some of them were produced for the ottoman market and bear ottoman numerals on the dial and multiple casings. The signatures of famous watch –makers on their dial and mechanism, such as George and Edward Prior, George-Charles, Breguet & Fils, Dubois et Fils, Levasseur, Le Roy, Jean François Bautte, reveal  the technological advances of their era and the special styles which theses famous watchmakers had developed in order to dominate the ottoman market.

The watches are witnesses of the progressive penetration of the western way of measuring time in the Ottoman Empire. They narrate fascinating stories which run across time up to our days.  Some of them enable us to understand the ways with which the Fighters managed time in their personal and public life.

Short stories of watches and watchmakers travel us to the times of the Greek Struggle. They remind us of historical figures living on the verge of change, who decided to fight in order to determine the future of their nation.  Watches are a symbol of those hearts, close to which they were held, synced for the happy hour of Greek Independence.