"21 allios": The Greek War of Independence in Playmobil Dioramas 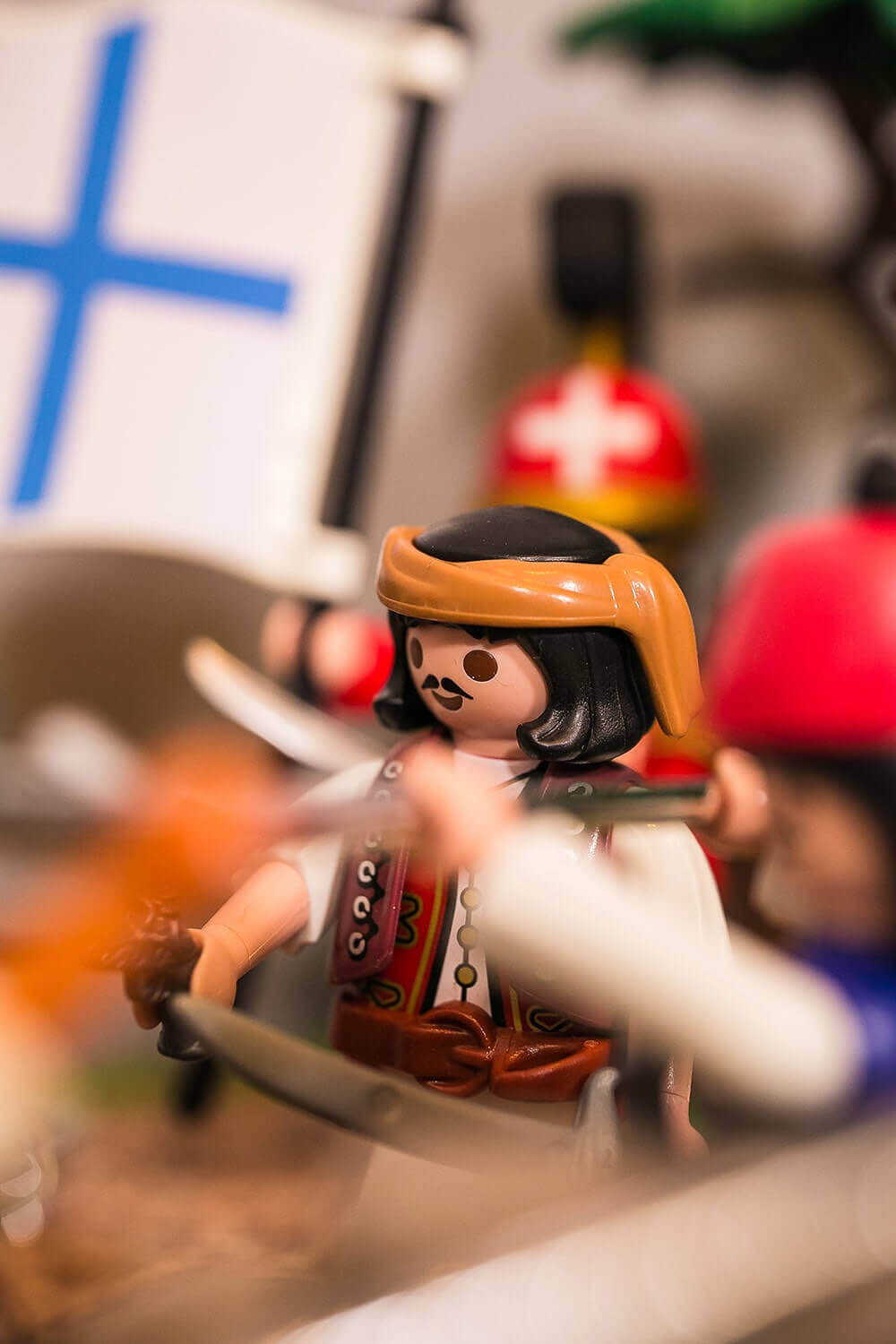 The National Historical Museum (NHM) is collaborating with the Piraeus Bank Group Cultural and presenting the exhibition: ‘21 allios’: The Greek War of Independence in Playmobil Dioramas, which will travel to three museums of PIOP’s network.

The exhibition will first open on Wednesday, October 14, at the Museum of the Olive and Greek Olive Oil in Sparta, and later it will travel to the Rooftile and Brickworks Museum N. & S. Tsalapatas in Volos, and the Museum of Industrial Olive-Oil Production of Lesvos.

The exhibition ‘21 allios’: The Greek War of Independence in Playmobil Dioramas was first designed by the NHM, where it was held for the first time (13.10.19–13.09.20), in collaboration with a team of collectors and the support of Playmobil Hellas.

The events from the pre-revolutionary years to the foundation of the modern Greek state are narrated in an original approach, through dioramas and Playmobil figures. Small colourful figures “compose” battlefields, “recreate” historical events, describe scenes of everyday life, depict significant people of the Struggle.

The Oath of Filiki Eteria, the Siege of Tripolitsa, the Sortie of Missolonghi, the Flight from Parga, are some of the prominent dioramas of the exhibition. Leading figures of the Revolution, Greeks, Philhellenes and Ottomans, men and women who played key role in the course of events, are in display as Playmobil figures, accompanied by a short biography. This way, the exhibition narrates the story in a visual, imaginative, and easy to understand way, and history becomes a delightful journey for young and old!

Buy the catalogue of the exhibition (greek-english) here