Imagining the Balkans, Identities and Memory in the long 19th century 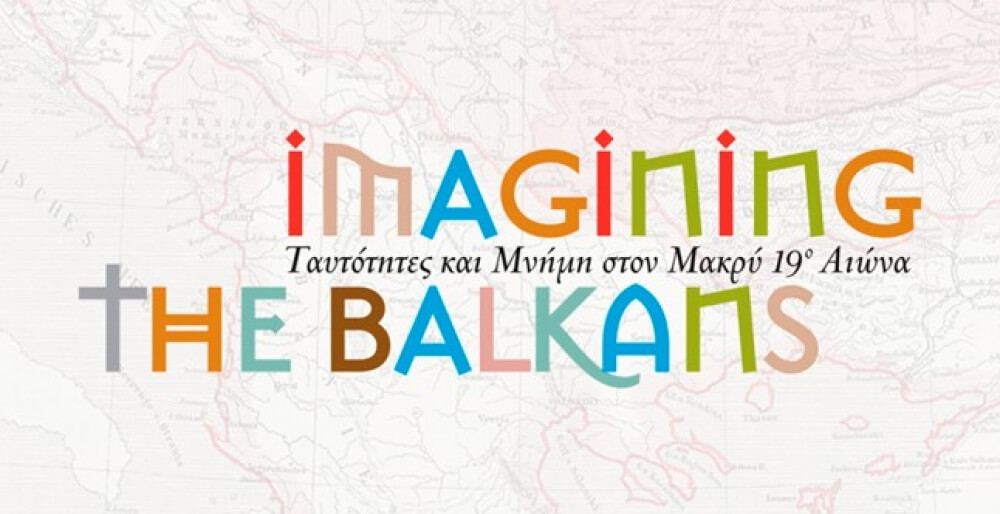 On Monday 26 February 2018, the exhibition hall of the Thessaloniki History Centre presents the exhibiton Imagining the Balkans, Identities and Memory in the long 19th century.

The exhibition is presented by the National Historical Museum, in cooperation with the Thessaloniki History Centre. It is a cooperation project of the NHM with eleven more national history museums of Southeast Europe, and this is a photograph reproduction version of the original which had been presented in the NHM during 2014-15.

This exhibition project was an ambitious collaboration project of UNESCO, with the National Historical Museum as scientific coordinator, with the support of the International Council of Museums (ICOM), aiming to explore the emergence of modern national identities and national states, with a focus upon the 19th century.

That period signaled the transition from large multinational empires (Ottoman and Habsburg) to societies based on national ideas and seeking democratic legitimacy. The exhibition presents a story of ideological, socio-political, economic and cultural mutations in the Balkans, without focusing upon facts and dates. It narrates a common history, through which similarities between peoples and states emerge, commonalities which usually rest hiden behind national rivalries and assertions.

The scientific approach is based on inspiring university studies, which argue that the image of the Balkans as a place of discord, intolerance, backwardness, is nothing but an ideological construct which ignores the special conditions of our region.Instead, the Balkans have in many areas shown a development comparable to the rest of Europe and significant innovations in specific areas. Within the admittedly difficult current political environment of our region, the exhibition shows that the study of history need not necessarily be a divisive issue between peoples. This optimistic perspective is highlighted by the design, based upon intense color alternations.

The cooperation between Museums on an equal footing and with experts from all Balkan countries, is in itself an innovation, and is a practical implementation of the UNESCO program "Culture: A Bridge to Development".