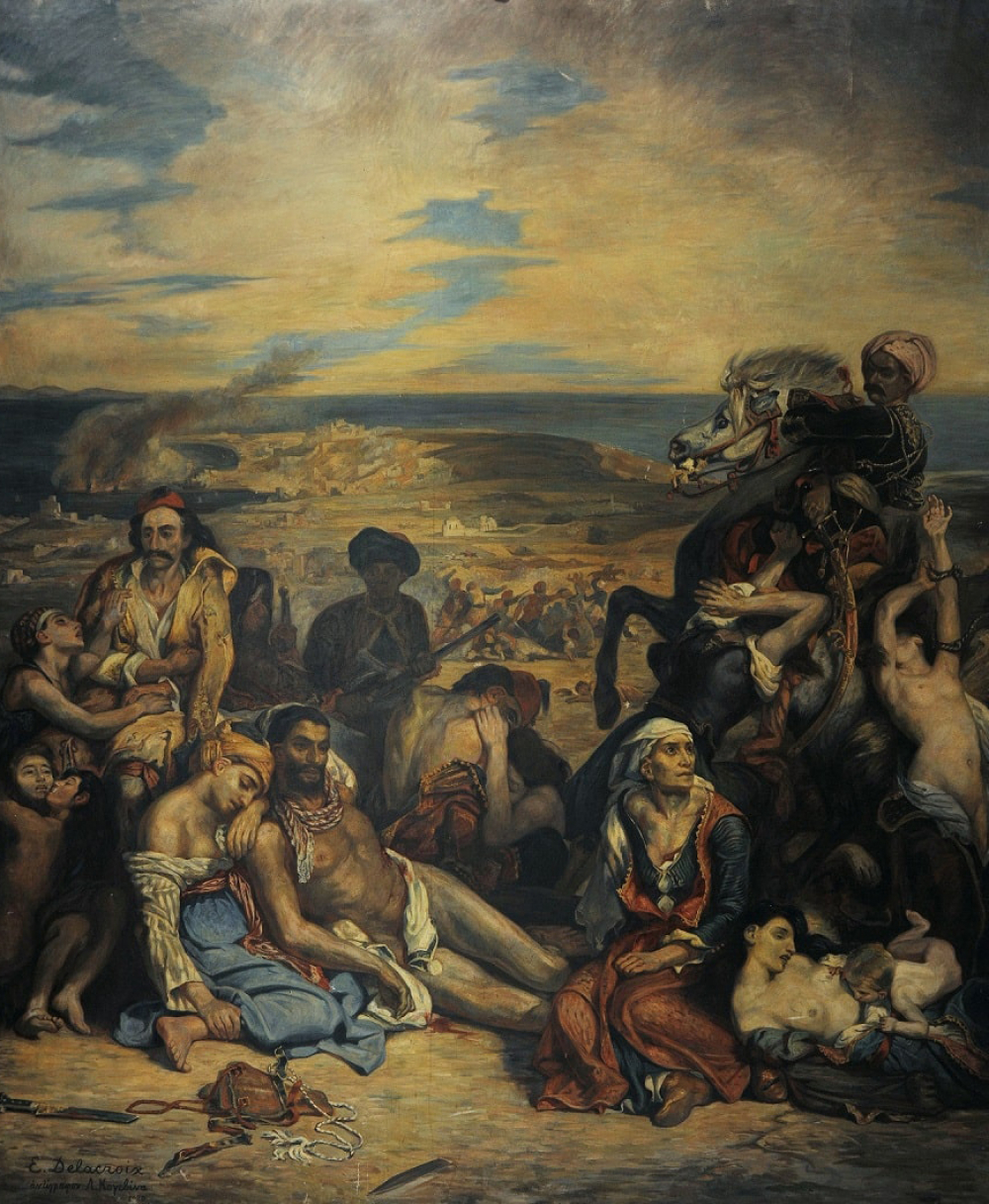 The exhibition in the Chios Mastic Museum traces the course leading to the start of the Revolution as well as its development until the establishment of the Modern Greek state, shedding light especially on the contribution of the navy. In parallel, it highlights aspects of local history. The destruction of Chios has a special place in the exhibition, as does the burning of the Turkish flagship by Kanaris, dramatic events that played a defining role in strengthening the movement of Philhellenism. The exhibition is completed with references to the integration of Chios in Greece in 1912.

Chios is part of the history of the Struggle from the very first years of the Modern Greek Enlightenment, through the contribution of important scholars such as Adamantios Korais and Antonios Koronios, who shared the work and the fate of Rigas Velestinlis. The massacre of the notables, the destruction of Chios, the effort to include the island in the new country were landmarks in the history of the island during the Greek Revolution. All this time, the Chiots of the Diaspora supported the common goal, maybe even without the response they deserved from the heads of the Struggle in mainland Greece.

Part of the exhibition related to documentation about the nautical history of the Revolution will form the core of the floating exhibition supported by the Piraeus Bank. It will travel to selected historical destinations in the Aegean in September, on a sailboat granted for this reason by the Maria Tsakos Foundation.